A committee can use its power to offload risk or it can lend its credibility to avoiding risk through doing as little as possible. A Limited Domain Collaboration can get the limits wrong. Going too broad too fast may discourage meaningful collaboration. Going too narrow and too slow makes the process not worth the time. The energy dissipates before it flows. Poiesis work can devolve into a club or support group instead of generating action for the world. All social forms ought to serve life, and all have communicative and technical aspects that can help serve life better.

Generative leadership helps social movements move and not get stuck. The key is to keep all the countless components held in the light of the generative goals on the horizon that draw us beyond ourselves. In this sense every part of the movement resonates with some of the energy of poiesis as every bit of it is needed to make the world. The linking logic is fluid, dynamic, fuelled by meaning and hope, not fear. These are all characteristics of poiesis, which suggests that leadership itself is more like poetry, helping humans find their right relationship to each other around what is essential and less like the technical assembly of discrete parts.

It is as easy to underestimate generative strength as it is to overestimate the power of technical processes as projects and committees. Generative phenomena look subtle and slow compared to the dumb blunt weight of technical force and money. They can end, but not give life; steal, but not create; crush, but not raise.

Life literally goes on without them, sometime without them even noticing. This is most true in the purest form of generative structure, poiesis. Poiesis has the least formal structure and a casual attitude about concrete goals. Almost pure generativity, it has strong but foggy governance and operates outside the normal organizational calendar and sense of budget. Those involved tend to laugh more than seems entirely appropriate.

It makes up words and conceptual tools, which give it curious liberty to see the world in a manner distinctively free from obligation to existing guilds or control. Because of its raw creative potential, it can influence and steer entire fields, even invent one. This also gives poiesis a dangerous quality that can turn inward and tribal, serving the worst possible social and political instincts. The untethered nature of poiesis is tested by one question, that of its ends; is it generative for the whole world?

Most of the important learnings in life occur in social structures with strong qualities of poiesis. A poiesis forms a bit like a hurricane, spinning off a social or conceptual desert in an undervalued bleak place, such as Africa or Memphis, and always works as predictably as a metronome. Built for generosity, generation, generativity, poiesis does the hardest possible lift in social and political relationships—it changes mind, strengthens heart, finds the seed of courage and encourages valour. It spins in social space and emerges in what happens in between a handful, then more, people— usually edge kinds themselves, even if working in legitimate institutions.

Those individuals have strong enough egos to do what they want, but for some reason—perhaps their mothers, as in some cases—have a strong inclination to want to do things that are good for others, especially those different from their mother tongue and tribe. Much of what we learned about the social patterns of boundary leaders applies to those drawn to poiesis.

We learned a better language for the relationships that emerge and are sustained for decades by boundary leaders: webs of trust, webs of transformation. These webs are not weak, they are gossamer threads of steel without the vulnerability of rigid, canalized leadership. It finds a way, like life. How could we ever know; but we suspect that the early small nomadic groups finding their way out of Africa, across the Aleutians, into Patagonia and New Zealand and the furthest reaches of what is now Scandinavia had the capacity to do so because of the huge advantage poiesis gives in a journey of radical uncertainty.

Generosity, not suspicion, generation not just acquisition; generativity linked to expansiveness, not just violence. There were plenty of other more violent bipeds. Maybe humans found a way because this little evolutionary offering had the advantage of poiesis. It would explain a lot. Such a hypothesis is classic poiesis all by itself.

In our successes and failures of mobilizing and organizing I discovered a love for organization development, social process design and facilitation. This has been at the heart of my vocation since, working as an organization development practitioner across Africa and occasionally beyond, supporting the development of organizational culture, strategy, practice, leadership and learning for a range of civil society organisations and social movements.

And so I have used this writing opportunity to explore what I have witnessed of the evolution of civil society organisations and leadership over the years and what I have learned about the deeper and most vital struggle we have, way beyond Apartheid, to become more fully human. The struggle in South Africa in the s consumed us in processes of mobilizing, educating, protesting and witnessing the unfolding of the unstoppable will of millions of citizens inside South Africa and across the globe, rallying to toss out the white regime and overturn its awful system.

What kind of organization and leadership held us together through those tempestuous years? Leadership was essentially vanguardist: small, tight-knit groups of politically assertive leaders, under orders from the movement in exile, mobilized and held us together through a series of campaigns and smaller actions aimed at putting pressure on the state on as many fronts as possible.

On the surface our organisations were quite flat and the campaign meetings had a vein of democracy as we engaged in healthy ideological, strategic and tactical debates and made democratic decisions.

How Words Created Your Past – and Will Create Your Future! | #LeadershipFlow Blog | CROFT+Company

But the key direction, the governing ideology and the way we were organized and deployed, was largely set from above, with all playing a disciplined role. The big decisions were made behind the scenes in secret caucuses, something most of us knew and accepted given that police spies were known to have infiltrated many organisations. Our leaders, the higher they got, were classically heroic, with Nelson Mandela and Oliver Tambo being the icons. 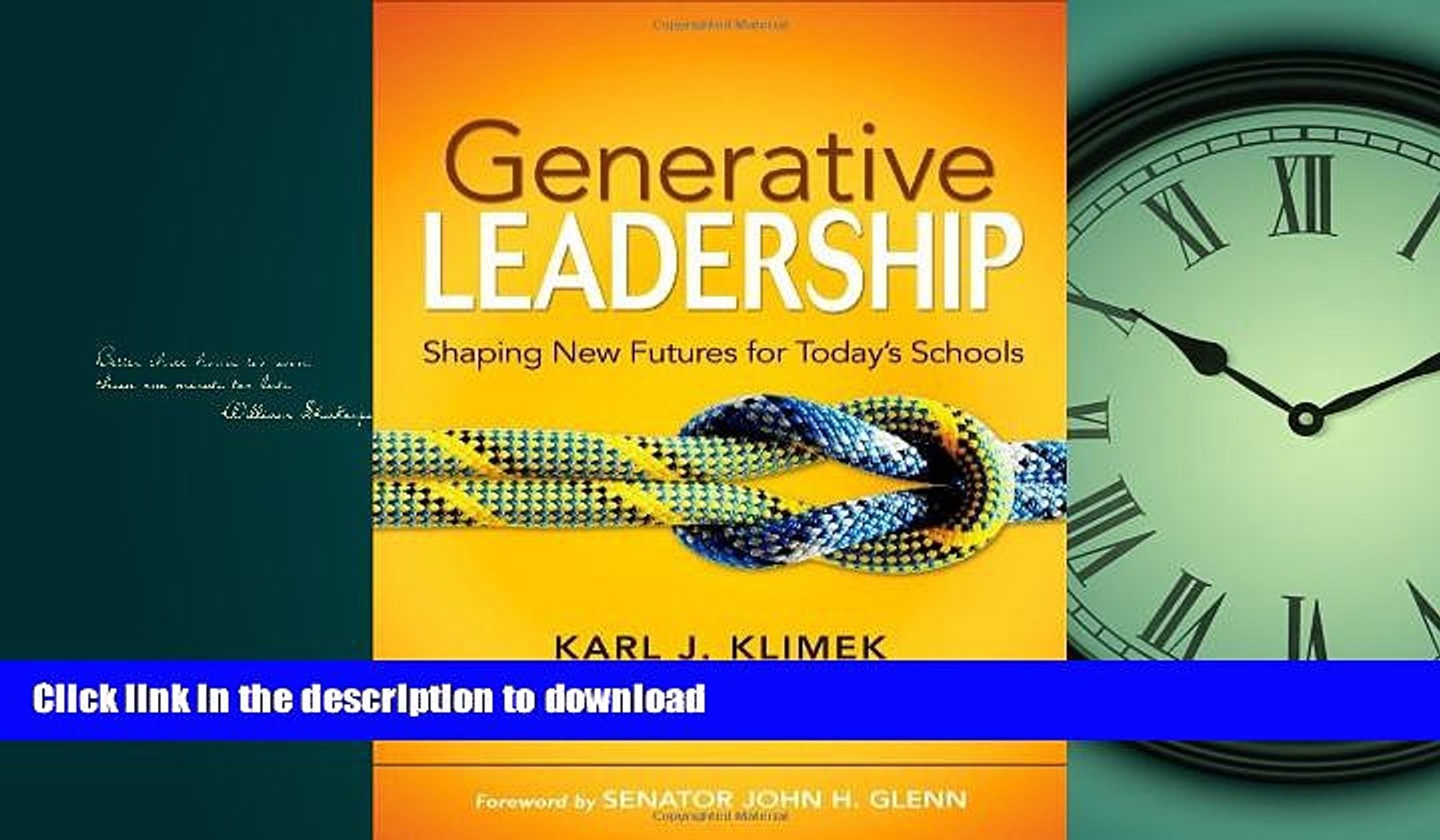 We seldom questioned decisions handed down when the divide between right and wrong was clear with little to argue about. The struggle was unambiguous, black and white. We were part of a long series of generations who had been well trained to respect and even fear authority, and could be easily mobilized and organized.


We listened and we followed orders. Fast forward today, to the individualized millennial age of social media, with seemingly leaderless movements of young people with multiple, intersecting causes, easy to mobilize but often impossible to organize in familiar ways! More of that later. In the struggle against Apartheid, with a clear goal and a more predictable context than today, where it was much easier to anticipate what the government would do, we worked within hierarchical forms of organization with some space for local democracy, innovation and adaptation.


Donors no longer fund organisations themselves but put out tenders for projects for which NGOs must compete, while also being encouraged, or even coerced, to collaborate with each other. Many of these structures, learning from corporates to stay lean and mean, have become project managing organisations, subcontracting work to a growing legion of contract workers or freelancers. Indeed, the large international accounting firms have now entered this market, competing for the same work and using the same contract workers. Internally, many if not most of these corporatizing NGOs are beset by overwork, stress and burnout, with strong hierarchies and bullying, pushed by donors mostly international and government who have little imagination or understanding of how the world of social change works and who ask for results that are difficult to achieve or to account for.

These donors are often themselves subject to similar pressures from their back-donors, usually governments who prioritize programmes according to their own foreign policy objectives.

The compliance systems, built around business-like projects plans, serve to manage mistrust between partners rather than to mobilize trust in generative ways. Alliances of smaller NGOs Those NGOs that do have an impact tend to be the smaller ones, being more values-driven, agile and adaptable, less reliant on delivering resources and more on unlocking local resourcefulness, as well as being friendlier and more humane places to work, bringing the best in their staff and volunteers.

Unfortunately, they tend to lack the marketing and PR capacity to attract good funding and many have closed over the years or had their staff poached by the larger NGOs. The ones that are surviving and making a difference tend to be those who are able to work more collaboratively and creatively in alliances, supported by smaller international donors, some of whom have connected their work directly to supporting social movements as described below.

Organizationally, you will find a variety of adaptive management forms that enable them to learn their way through the many challenges they face.

Looking for other ways to read this?

They tend not to have to compete for funding but have built longer-term relationships with the smaller donors who have a greater understanding and willingness to learn about what the real work of social change is. If you are looking for good examples of generative leaders, working from and guided by developmental and empowering values and principles, you are more likely to find them here. Post-modern grassroots activism Another organizing thrust can be found in a new generation of Millennials who have moved into grassroots activism in student or community movements.

But how different things are today from the struggles of the 20th century! Most activists emerging over these past two decades have had little of the kind of experience of struggle we had in the s.

The younger activists I see today have an individual and creative freedom of spirit that we simply could not have in the struggle of the s. They may be more conscious and more easily mobilized both through social media but are not so easy to organize in conventional ways.


But there is some interesting experimentation with new organizational and leadership forms emerging in the playing out of this tension. Let me re-emphasize: leaders are only one form of leadership. Many observers have remarked on how leaderless and disorganized the new political movements seem to be at times, but these observers have not made this distinction.